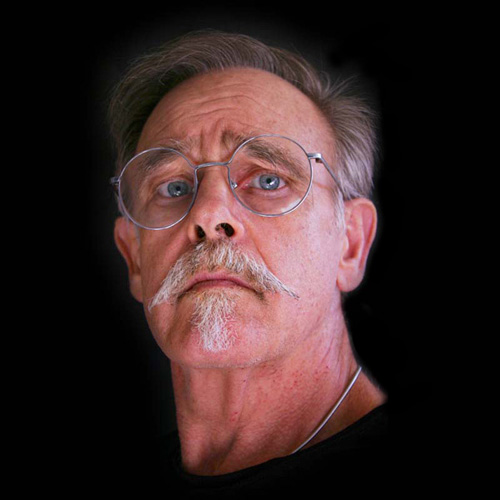 Don Maitz has produced paintings that have amazed a worldwide audience over his forty year career. A sense of adventure, sometimes spiced with humor, adds depth to the careful research and extraordinary attention to detail found in his art. The iconic character he created for Captain Morgan Spiced Rum is his most widely recognized work.

Most Maitz paintings present a story to viewers, who respond to the enticement and allure of the image. Use of design and color shape a mood, enhanced by details which combine to entertain and engage viewers. Most works are painted with oil colors in the painting techniques used by the old masters. Sometimes, experimentation and innovation give rise to unique applications of traditional media.

Maitz’s amazing artwork can be found on book covers, in art book collections, in and on magazines and gracing licensed products. Original art can be found hanging at museums and within private collections. Two published books of his collected art work have sold out: First Maitz and Dreamquests the Art of Don Maitz.

A Signature member of the American Society of Marine Artists (ASMA), Maitz was also a juried finalist in 8 consecutive International Salon Competitions through the Art Renewal Center. He is married to published author and artist, Janny Wurts, and resides in Sarasota, FL, where the couple maintain their home and shared studio today. 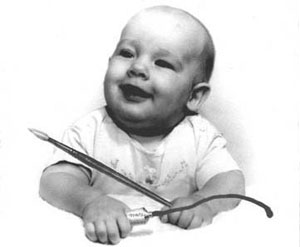 A native of Plainville, CT, Maitz showed an early interest in drawing and received initial art training from the Famous Artist’s Correspondence School at age thirteen.

Maitz attended the Paier School of Art in Hamden, CT beginning in 1971 after taking evening figure study at the University of Hartford. Maitz was offered work in the comics industry but chose to remain at the Paier School, graduating in 1975 at the top of his class. The school offered a fifth year study program where Maitz honed his portfolio and took additional figure classes. His instructors included noted still life and trompe l’oeil painter, Ken Davies, Pulitzer-winning muralist and Time Life Books contributor, Rudolf Zallinger, and Pulitzer-winning fine artist and book illustrator, Leonard Fisher.

Student work from Maitz's portfolio hung at the Society of Illustrators Student Exhibition, and other paintings within this portfolio were soon reproduced by New York City publishing houses as book jackets and magazine covers. This precocious start led to over two hundred commissions from book publishers, and a list of the most prestigious awards that recognize art in the industry.

In 1980, Maitz assisted in organizing and promoting the first group exhibition of fantastic art in an American art museum. The Science Fiction and Fantasy Painters exhibition held at the New Britain Museum of American Art, New Britain, CT opened February 24, 1980 to receive record crowds and an extended showing. The small museum boasts an impressive collection and was a favorite source of inspiration for Maitz as an emerging local artist.

In 1985, Maitz accepted a guest teaching position for two semesters at the Ringling School of Art and Design in Sarasota, FL. After returning to Connecticut and his publishing assignments, 1989 found Maitz back in Florida to marry Janny Wurts, author and artist, on Casey Key. The couple settled in Sarasota in early 1990. 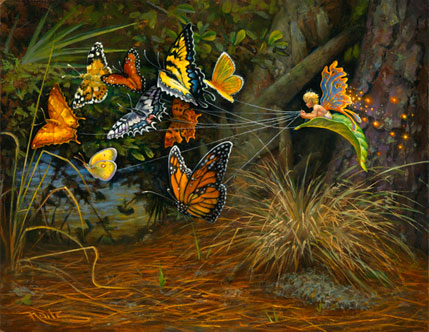 Flight of the Pixie

Don Maitz has twice won science fiction's Hugo award for best artist. He has received a Howard award, ten Chesley awards from his peers in the Association of Science Fiction and Fantasy Artists (ASFA), an Inkpot award, a Silver Medal and certificates of merit from New York City's Society of Illustrators. His imaginative paintings have been displayed in group shows at the New Britain Museum of American Art, CT; the Delaware Art Museum, DE; and the Canton Art Museum, Canton, OH. Each of these exhibits drew record attendance. Maitz's paintings have also been exhibited at NASA's 25 Anniversary Show, in Cleveland OH, the Park Avenue Atrium, the Hayden Planetarium and the Society of Illustrators in New York City, NY, and the Florida International Museum and the South Florida Museum, FL.

Maitz worked as a feature film conceptual artist on Jimmy Neutron: Boy Genius and as a concept and production artist for Ant Bully.

A painter of remarkable maritime authenticity, imagination, and wit, artist Don Maitz breathes new life into the Golden Age of Exploration. Maitz introduced the character depicted in the the release of Captain Morgan Spiced Rum products. He worked with Joseph Seagrams and Sons initiating the product character and producing six subsequent national advertising campaign images featuring the character over a 20 year period, which helped the product become the second best selling rum in the world before the product was sold to Diagio liquor distributors. He has been recognized by a certificate of merit from New York City's Society of Illustrators Annual Exhibition committee for "Forty Thieves". Watercolor paintings by Maitz have been a yearly installment in Gallery One Masterworks in Miniature exhibitions, and his art has also been juried into the International Marine Art Exhibition at the Maritime Gallery at Mystic Seaport in Mystic, CT, where his oil painting, "A Sheet to the Wind", received an Award of Excellence.

His works have been a favorite installment in public exhibitions at the South Florida Museum, Bradenton, FL; the History Museum, Raleigh, NC; the North Carolina Maritime Museum, Beauford, NC; the Maritime Museum, Newport News, VA; the Door County Maritime and Lighthouse Museum in Sturgeon Bay, WI; the South Florida Museum, Bradenton, FL; the Oshkosh Public Museum, Oshkosh, WI; the San Diego Maritime Museum, CA (aboard the museum bark, Star of India); and the Orlando History Museum, Orlando, FL. Odyssey Marine Exploration's presentation, "Shipwrecks, Pirates, and Treasure Exhibition", with ten Maitz images has been hosted at Museum of Science and Industry (MOSI) in Tampa, FL; the Science Museum, Detroit, MI; The Science Museum of Oklahoma; and North Carolina’s Discovery Place. Ripley's Believe It or Not Aquarium of the Smokeys in Gatlin, Tennessee incorporated his art in their "Predators of the Sea" exhibit.

A one man show of fifty original works, Ahoy Maitz, went on public display at the Key West Museum of Art & History, and continued showing at the Florida International Museum in St. Petersburg, FL. His art has been featured in broadcasts of the Today Show, Dateline NBC, The History Channel, an episode of Wife Swap, and WEDU's A Gulf Coast Journal With Jack Perkins, an award winning Florida based public broadcasting documentary.

Maitz has crewed three times from points in Florida to locations in the Bahamas on private sailboats -- mostly as willing supercargo. He and his wife honeymooned aboard a Windjammer Cruise to the British Virgin Islands. These inspirational trips have added fuel to his imaginative maritime oil paintings that portray seventeenth century sea rovers. 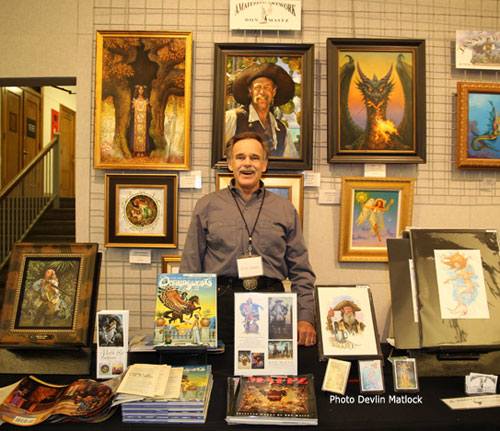 Don Maitz at Illuxcon 6 in 2013
(photo by Devlin Matlock)

© 1999 - 2021 by Don Maitz. All rights reserved. No permission is granted to use any content from this website for other purposes without the express written consent of Don Maitz. Kindly respect my copyrights and do not download images. Report website problems to Brian Uri.


Special thanks to Jeff Watson and Andrew Ginever for their tireless friendship and website support through the years!